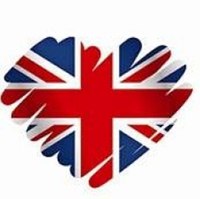 There are countless novels for which London is a backdrop, but the city is much less often a focus of fiction.

Many of Agatha Christie’s Poirot novels are set in London, but despite how famous they are, they seldom turn up in lists of London novels. Similarly, The Picture of Dorian Gray is set in London, but beyond some knowing references to the London of the time, the novel could have been set in any large, cosmopolitan city. Compare this with somewhere like Oxford, where the city feels like a character of its own in novels that are set there; novels set in Oxford tend to be novels about Oxford, with their plots and their characters deeply embedded in the architecture, ethos and legend of the city. Brideshead Revisited, Northern Lights, or the Morse series of detective novels could not take place anywhere else. Novels set in London more frequently feel like they were set there because it’s the place the writer knew best, rather than because it was essential to the story.

London also lacks a single definitive novel of the city; there’s nothing to fill the role that Ulysses plays in Dublin, or Les Miserables in Paris, where if you read nothing else about the city you know you must read that. While those who find Ulysses a bit hard going might choose to substitute Dubliners instead, it’s in the knowledge that Ulysses is the great novel of Dublin life. Many of London’s most famous writers chose not to set their works there at all; for instance, in line with the norms of the time, very few of Shakespeare’s plays are even set in England (except the history plays, where historical fact demanded it), let alone in the city where he spent most of his adult life.

All the same, there are some novels that do celebrate London as a character in its own right, that could not be set anywhere else, and that endeavour to distill the essence of the city into fiction. If you’re visiting London, here’s what we think you should read:

The closest London gets to a definitive writer of the city is Charles Dickens, who set the majority of his novels in London. Like Joyce’s attitude to Dublin in Ulysses, Dickens did not write love letters to London; his view of the city is frequently very critical, expressing his attitudes to social ills such as child labour, poverty, and public executions. Dickens described the city as his “magic lantern”, which fired his creativity, and when working on a novel he would spend hours walking around the city at night.

Novels such as The Pickwick Papers, The Old Curiosity Shop and Oliver Twist are all steeped in the life of London, but possibly none so much as A Tale of Two Cities, which is expressly about the differences and similarities between London and Paris up to and during the French Revolution. The novel is not kind to either city, showing that the famous barbarity of the French Revolution was echoed in the many quiet barbarities of daily life in London, in particular in the cruelty of the law to minor crimes committed out of ignorance or desperation by the poor.

One of the most significant events in London’s long history was the plague year of 1665. The plague was a relatively frequent occurrence throughout the Middle Ages and early modern period, with plague years coming once or twice per generation, but 1665 was when the city of London – by then a thriving metropolis of nearly half a million inhabitants – was especially badly struck. More than a fifth of the city’s population was killed over the sixth-month period of the plague, despite its wealthier inhabitants leaving en masse for the countryside. It is also particularly remembered as it was the last great bubonic plague outbreak in Britain.

Daniel Defoe was only five years old at the time of the plague year, but his fictional narrative of one man’s experiences is remarkably detailed and believable – to the extent that it was first read as non-fiction. Arguably it is, as the novel was based on his uncle’s experiences, interviews with other survivors, and historical records that were at the time still available. The main character may be fictional, but his fascinating and horrifying experiences are entirely grounded in fact.